As part of the neoliberal economic restructuring, starting in the 1990s international institutions such as the World Bank began to promote market-led agrarian reform (MLAR) in Latin America aimed at converting land from social property into a private transferable commodity. This process has generated massive land dispossession characterized by a shift from (1) collectively and family-owned land used for subsistence food production and sale in local markets to (2) land used for large-scale industry, including agribusiness, mining, fossil fuel exploration and extraction, tourism, and infrastructure construction. The resulting in the dispossession of small-scale farmers, indigenous, and Afro-descendent communities, has encountered massive popular resistance and a resurgence in rural movements. This in turn has been met with regimes of violence sustained by state and non-state actors, generating alarming rates of human rights violations. This project seeks to document the nature, prevalence and core patterns in the relationship between land dispossession and state/parastatal violence in Mexico, Honduras, and Guatemala. 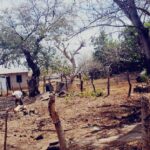 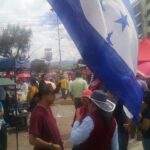